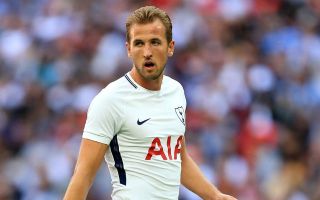 Real Madrid are reportedly ready to look into the transfer of Juventus forward Paulo Dybala after seeming to miss out on Tottenham striker Harry Kane.

The England international has just signed a new six-year contract with Spurs in a huge boost for the north Londoners, but it seems to have forced Real to look elsewhere for signings in attack.

According to Don Balon, it has led Florentino Perez to turn to Dybala as a Plan B option, with the Argentina international shining in Serie A despite not always being as much of a regular towards the end of last season.

Dybala has been linked with Madrid in the past, with Don Balon claiming Juventus would want around £105million for the talented 24-year-old.

Real surely need to make changes in attack this summer after a disappointing season in La Liga, even if they did find it in them to win the Champions League for a third season in a row.

Still, they were far behind Barcelona in the race for the domestic title, with players like Karim Benzema and Gareth Bale not at their best for much of the campaign.

Dybala could play as a central striker or wide on the right like Bale, so seems a decent choice for Los Blancos as they look for an alternative to Kane.