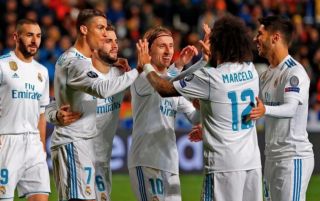 Real Madrid and Spain star Marco Asensio has said that he will leave the club should Brazil and PSG star Neymar make a move to the Santiago Bernabeu.

Diario Gol are reporting that the Spanish international has said that he will depart the club should Neymar move to the Spanish capital, and that he isn’t all for seeing a player join the club and instantly be ahead of him in the pecking order for his position.

It’s been stated by the Sun that Los Blancos are prepared to offer PSG a whopping £307M to take Neymar off their hands, something that if it goes through could spell the end for Asensio at Real.

Asensio has proven during his time with Florentino Perez’s side that he is more than capable of cutting it at the top level of Spanish and European football.

The Spaniard managed to clock up a total of 11 goals and six assists in all competitions as he helped Los Blancos secure a third consecutive Champions League trophy, and their fourth in five years.

If Neymar does join Real, it remains to be see what lies in the future for talented winger Asensio. Watch this space.