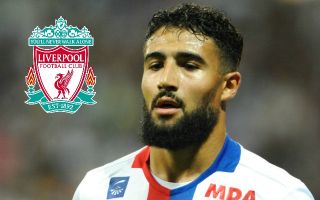 Liverpool have reportedly become the bookies’ favourites to seal the transfer of Barcelona forward Ousmane Dembele as an alternative to Nabil Fekir.

The Reds could still be in the market for a new attacking player this summer, having yet to replace Philippe Coutinho since his January move to Barcelona.

Dembele has struggled at the Nou Camp and has been linked several times with an exit in recent months, with Mundo Deportivo recently stating Jurgen Klopp was interested in him.

The France international could make a fine addition for Liverpool as he looks more suited to Klopp’s style of play than to that of Barca boss Ernesto Valverde.

However, RAC1, as translated by Don Balon, have stated the 21-year-old would likely command a transfer fee of as much as €100million, so a deal will be far from easy for Liverpool.

Bookies Ladbrokes seem to think there’s a chance, however, with odds shifting dramatically to see the Merseyside giants emerge as favourites for the player’s signature.

They list Liverpool as 3/1 to be Dembele’s club after the summer transfer window, with Alex Apati of Ladbrokes saying: ‘Fekir looked a done deal but now it’s off we know Klopp must be targeting a similar player, so we’ve had to slash odds on the Merseysiders landing Dembele this summer.’

Lyon yesterday announced Fekir would be staying despite links with Liverpool this summer, as reported by BBC Sport.