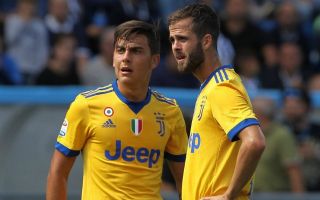 Barcelona reportedly have to fork out as much as €80million to seal the transfer of Juventus midfielder Miralem Pjanic this summer.

The Bosnian has shone in Serie A and seems ideal to fit in to Barca’s style of play and replace legendary playmaker Andres Iniesta, who recently left the club.

According to Don Balon, Juventus are demanding big money for Pjanic, with €80m his current asking price but with Barcelona not willing to go above €50m.

This follows a recent report from Tuttosport that Manchester City have also made an attempt to sign Pjanic, but saw a €50m bid turned down by the Italian champions.

It seems likely Juve will do all they can to keep hold of such an important player, with Pjanic serving them well since he joined from rivals Roma.

Barcelona need to sort out their midfield quickly though, with Iniesta’s departure sure to leave a major hole to fill in Ernesto Valverde’s squad.

Long regarded as one of the finest players in the world in his position, the Spanish veteran will be at this summer’s World Cup before starting his career with Japanese club Vissel Kobe, who he recently joined, as reported by the Guardian.