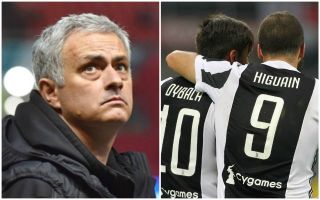 According to Don Balon, Ronaldo still prefers the option of joining Manchester United, but Juve’s potential offer of €100million-plus-Dybala currently looks the most tempting to Real.

This would be some statement by Juventus if they could pull it off, with the Turin giants winning the last seven Serie A titles but still some way off becoming a force in the Champions League.

Indeed Ronaldo has played his part in that, scoring twice against the Italians in the 2017 Champions League final, and also three times over two legs when they met last season.

The Portugal international may be set to turn 34 next season but clearly remains one of the very best players in world football as top clubs show an interest in him this summer.

Don Balon report that Madrid president Florentino Perez is keen to offload Ronaldo, and that Juventus are now emerging alongside United and Paris Saint-Germain as serious contenders for the 33-year-old’s signature.