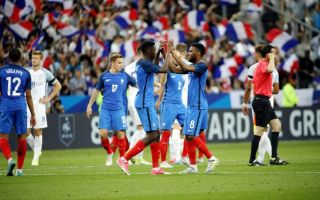 Atletico Madrid have confirmed that they’ve reached an ‘agreement in principle’ over the signing of Thomas Lemar from Monaco this summer.

The 22-year-old is currently with the France squad in Russia ahead of the World Cup, and so it’s questionable as to whether the timing of such an announcement is ideal as far as Didier Deschamps is concerned as he looks to keep his squad focused on the task at hand.

Nevertheless, as per the club’s official site, Atleti have confirmed that they’ve reached an initial agreement with Monaco, and they will now look to close the deal in the coming days.

As per talkSPORT, the news will be a potential blow to both Liverpool and Arsenal, as the two Premier League giants have previously been linked with a move for Lemar to bolster their own options.

However, it looks as though he will snub the possibility of moving to the Premier League in favour of joining Diego Simeone’s side, where they’ll hope to push on and build on their second-place finish in La Liga as well as their Europa League triumph last season.

Lemar didn’t have the most decisive of seasons last year, scoring just three goals along with 10 assists in 38 appearances in all competitions.

That followed his breakout year the season before as he earned plenty of praise after bagging 14 goals and 17 assists in 55 games as Monaco won the Ligue 1 title and enjoyed a deep run in the Champions League.

Nevertheless, he now looks on course to start a new challenge in Spain, and it does set up an intriguing situation over compatriot Antoine Griezmann’s future.

As noted by Sky Sports, the French forward revealed on Tuesday in a press conference that he has made a decision over his future but wouldn’t reveal what it was. In turn, time will tell if the Lemar signing helps convince him to stay at the Wanda Metropolitano, or if the arrival of his compatriot is in fact a possible strategy from Atleti to fill the void he potentially leaves behind. 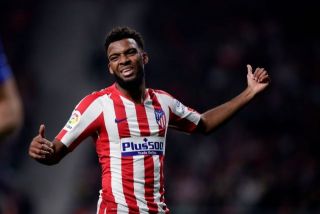