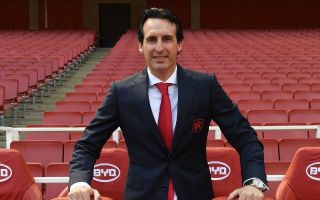 Arsenal are reportedly in talks over a transfer swoop for Sampdoria midfielder Lucas Torreira, who is the preferred target for that position of new manager Unai Emery.

This is according to the Daily Mail, who suggest a deal may still be some way off due to complications over how Arsenal plan to pay for the player due to transfer budget restrictions this summer.

MORE: Arsenal target responds to reports on Instagram amid talk of Gunners move

The Uruguay international has shone in Serie A and looks a real prospect for the future who could shine under Emery’s guidance at the Emirates Stadium.

As noted by the Mail, Torreira has a £22million release clause, but Arsenal may look to pay that in instalments instead of all in one go.

Gunners fans will just hope their club can be quick to deliver the signings their new manager needs to get off to the best possible start next season.

After a difficult final few years under Arsene Wenger, there will be new-found optimism that things can change under Emery, but the Spaniard will certainly need to improve on this below-par squad he’s inherited.

Midfield is a particular issue as the likes of Granit Xhaka and Mohamed Elneny struggle, and Torreira could prove a significant upgrade in that area if the club can bring him in.