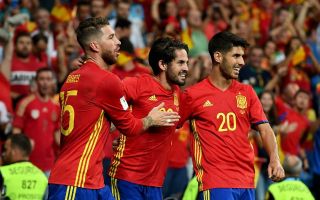 In a major development, Diario Gol report that the Spain international is being lined up by Chelsea after Manchester City stepped up talks to raid them for star forward Eden Hazard.

Don Balon previously linked United with an offer of around £88million for Asensio, who is one of the finest young players in Europe and a potentially superb fit at either United or Chelsea.

However, it seems Asensio would be given a big role at Stamford Bridge if Hazard ends up leaving the club for City.

Diario Gol suggest the 22-year-old could find it hard to say no to this deal, though he’s asked for time to think it over and it could depend on the situation at Madrid next season.

Los Blancos are always big spenders in the transfer market and it may still be that Asensio ends up being replaced anyway.

Another recent report from Diario Gol did indeed claim Asensio could look to leave the Bernabeu if someone like Neymar is brought in by the club.

After a difficult season in 2017/18, Chelsea winning the race for this top class signing would be a huge boost for everyone involved at the Bridge.