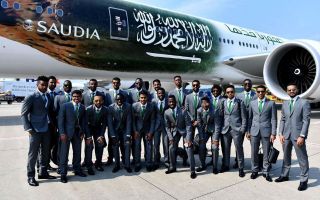 The wait is nearly over and the curtain finally opens to this summer’s World Cup 2018 with Russia hosting Saudi Arabia in the tournament’s opening match.

The hosts go into the game without a win in their last five games and are ranked the lowest of the 32 seeds.

Former Chelsea full-back Yuri Zhirkov is among the names most recognisable in Russia’s World Cup squad.

Saudi Arabia are the next lowest ranked side in the tournament and their last game was a 2-1 defeat against Roberto Mancini’s Italy after losing to Portugal and Bulgaria.

Former coach Edgardo Bauza was sacked nine days before the draw and Juan Antonio Pizzi will be responsible for leading the Saudi’s after he was named coach on Tuesday.

Group A also contains the likes of Mohamed Salah’s Egypt and Luis Suarez’s Uruguay, so qualification may be a hard task for either side.

When is Russia vs Saudi Arabia and what time is kick-off?

Russia vs Saudi Arabia will take place on Thursday, June 14.

The match will kick off at 4pm UK time.

ITV begin their build up to the first match from 2:30pm with the opening ceremony taking place.

The game is available to watch live on ITV.

Russia and Saudi Arabia fans will also be able to live stream the game from the ITV hub.