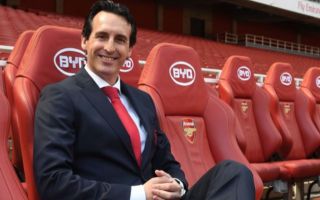 Arsenal are reportedly set to secure the signing of Bayer Leverkusen and Germany goalkeeper Bernd Leno, with an announcement expected immediately.

German news outlet BildSport are stating that, as re-reported and translated by the Daily Star, that the Gunners are set to seal a deal for the 26-year-old, and that a deal for the player is expected to be tied up immediately.

The news outlet are also stating that Leverkusen are after a minimum total of £17.5M for Leno, a bargain price for a player of his supreme quality.

With the Gunners already confirming the signing of Swiss international Stephan Lichsteiner this summer, Leno looks to be the north London side’s second transfer of the summer.

The German international played a big part in Leverkusen’s campaign this season, with the shot-stopper keeping 10 clean sheets in 33 Bundesliga appearances to help the German outfit secure a fifth place finish and Europa League football for next season.

Both of Arsenal’s ‘keepers were fairly weak last season, with both Petr Cech and David Ospina not having the best season of their careers, so signing Leno will definitely give Unai Emery’s side a huge boost going into the 2018/19 season.

Arsenal ‘very likely’ to sign talented 25-year-old this summer per reporter, in move that could see longtime starter replaced in the lineup Jun 10 2021, 10:30
Arsenal FC

Pressure on Arsenal in summer window piles on as starter eyes exit in nightmare for Mikel Arteta May 31 2021, 14:58
Arsenal FC