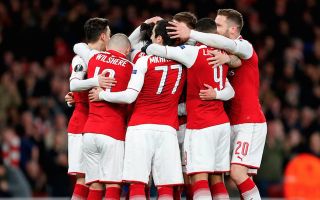 Arsenal are reportedly closing in on three summer transfer window signings that could cost as much as £62million.

These additions seem ideal for new manager Unai Emery to address the weaknesses in the squad he’s inherited from his predecessor Arsene Wenger.

Leno could surely replace Petr Cech as Arsenal’s number one after his impressive displays in the Bundesliga, while Torreira also looks a potential upgrade on below-par players like Granit Xhaka and Mohamed Elneny in the middle of the park.

Arsenal are also a bit short in defence after the retirement of Per Mertesacker, while Laurent Koscielny faces a long spell out with injury, according to a report from the Independent last month.

This should make Sokratis a fine signing at the back to help Emery get off to the best possible start at the Emirates Stadium as he faces the tough job of replacing a club legend in Wenger.

Arsenal fans would surely be pretty happy with that business as £62m for three quality players is not easily done in this current inflated market.