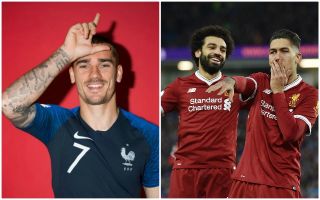 Reports in Spain suggest the real reason Antoine Griezmann decided to snub a transfer to Barcelona and remain with Atletico Madrid this summer.

The France international announced on Thursday evening that he would stay in the Spanish capital after lengthy speculation over his future over the course of last season.

Griezmann did not particularly explain himself in a video that aired on Spanish television, but Don Balon claim he did not want to become another Neymar at the Nou Camp, as in, simply coming in as a support act for Lionel Messi and Luis Suarez, the stars of the team.

The report adds that Barcelona could now look at other big names after missing out on Griezmann, with Liverpool forward Mohamed Salah one option.

The Egypt international is a similar style of player to Griezmann, having generally spent most of his career as a winger but always scoring a large number of goals after drifting into central areas.

Salah netted an incredible 44 times for Liverpool last season and could be ideal for a club like Barcelona as they look to rebuild after a below-par campaign in the 2017/18 Champions League.

Having missed out on Griezmann, they could do far worse than raid the Reds for their top scorer, though the Merseyside giants will surely do all they can to keep him at Anfield.