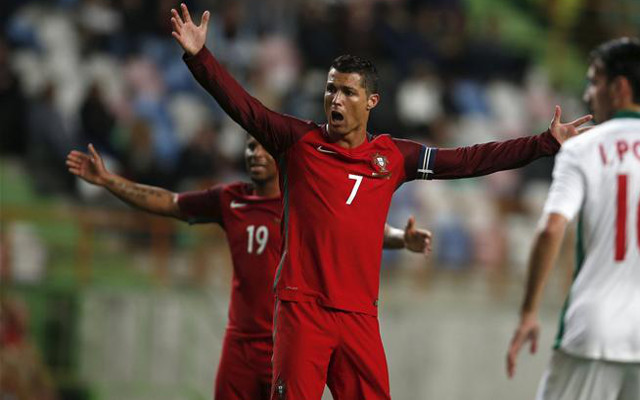 The World Cup starts today and tomorrow two of Europe’s giants will face off in Group B in a mouth-watering clash.

Euro 2016 champions Portugal take on World Cup 2010 winners Spain and two of their finest players Cristiano Ronaldo and Andres Iniesta will most likely see them play in their last World Cup tournament.

READ MORE: World Cup Golden Boot odds: Neymar, Messi or Ronaldo – who is the favourite to be crowned the World Cup top scorer?

The big news emanating before this summer’s gala was the sacking of former Spain head coach Julen Lopetegui who was named Real Madrid head coach this week.

As per Sky Sports, he was sacked on the eve of the tournament after Spanish Football Federation president Luis Rubiales sensationally learned he was succeeding Zinedine Zidane at the helm just five minutes before the official announcement was made.

Fernando Hierro will now take charge of the two-time European champion winners and the former Bolton man does not have a lot of time to prepare for the game.

As for Portugal, they will be hoping Ronaldo can once again inspire them to victory.

Pepe, Bruno Alves and Jose Fonte are among the familiar names in the squad.

Reported Arsenal target Gelson Martins is also in the squad.

When is Portugal vs Spain and what time is kick-off?

The match will take place on Friday, June 15.

The game will take place at the Fisht Olympic Stadium, Sochi.

The game will be shown on BBC and the BBC iPlayer free for all UK viewers.

Highlights will also be available the next day from 7.40am via the BBC Red Button.