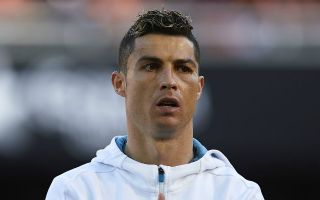 Real Madrid star Cristiano Ronaldo has reportedly made it clear he’s not too convinced by the appointment of new Los Blancos manager Julen Lopetegui.

The recently-sacked Spain manager is set to take over from Zinedine Zidane at the Bernabeu next season, but isn’t perhaps the big name many were expecting.

Zidane himself, however, was only a big name as a player when he took the job, which was his first in management at senior level.

Still, the French tactician now leaves as a very tough act to follow, and Don Balon report that Ronaldo has given off the impression he’s not too happy about his replacement.

The Spanish outlet states that the Portugal international has made it clear he views Lopetegui as having only been Florentino Perez’s fourth or fifth choice to replace Zidane.

This could be a concern for Madrid fans as they’ll want things to get off to the smoothest start under their new manager.

Keeping Ronaldo happy is one major job for whoever is in charge of Real, and Zidane seemed to do it better than many have in recent years.