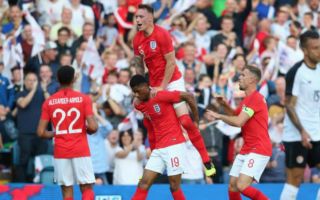 England will get their World Cup underway against Tunisia on Monday night, with Gareth Southgate hoping to get off to a positive start.

Along with Belgium, England will be highly fancied to get out of Group G which also includes Panama, but securing three points in their opening game will undoubtedly take plenty of pressure off.

In turn, it’s vital that the England boss gets his team selection right, and just days before the encounter, details over his preferred XI have been leaked.

While Walker does possess the pace and defensive quality to do a job on the right of a back three, as that is the suggested role he will continue to adopt this summer, it could raise question marks deeper in the tournament.

Against quality opposition, the little details could make a big difference. And so for a player who predominantly plays at right back with a licence to get forward at club level, asking him to play more centrally and temper that attacking desire could be risky.

Nevertheless, the focus will be on Monday night’s game first, with Tunisia looking to cause an upset.

Meanwhile, there was positive injury news for Southgate too, as seen in the tweet below from freelance injury analyst Ben Dinnery, who notes that Marcus Rashford returned to full training on Thursday after fears over a knee injury he picked up just before flying out to Russia.

That will be a major boost for Southgate, as he’ll hope to have a fully-fit squad to choose from, and being able to call on the pace and attacking threat of Rashford could be decisive.