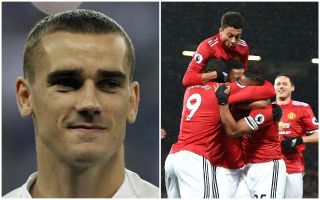 Barcelona are reportedly considering their options after missing out on the transfer of Atletico Madrid forward Antoine Griezmann.

According to Don Balon, the Catalan giants could now move Philippe Coutinho into the front three and try to sign another creative midfield player instead of a forward.

The report states Manchester United’s Paul Pogba could be one name in their plans, with the France international wanting to leave Old Trafford.

Pogba hasn’t looked himself since leaving Juventus for United, with Jose Mourinho’s side not playing the kind of football that seems to get the best out of him as a player.

The 25-year-old could be far better suited to Barca’s attack-minded and expansive style, and while he’s no Andres Iniesta, he could be an important addition in that creative midfield role.

Don Balon add that Pogba is likely to command a fee of around €90million, which looks a gamble given the player’s recent form, though could prove a snip if he gets back to his best and finds his feet at the Nou Camp.