After finishing 19 points adrift of rivals Man City in the Premier League title race, coupled with their failure to land silverware, Man Utd need to bridge the gap next season.

Jose Mourinho evidently still has weaknesses in his squad, but the defence is arguably not the area which he needs to prioritise given their defensive record last year.

The Red Devils conceded just 28 goals in 38 league games, giving them the second best defensive record in the top flight behind champions City.

Having already confirmed the signing of Diogo Dalot, as per the club’s official site, Man Utd are now being linked with a double swoop for Tottenham ace Toby Alderweireld and Juventus left-back Alex Sandro, as per The Express, via reporter Duncan Castles on the ‘Transfer Window podcast’.

Further, it’s added that Spurs could demand £75m for the Belgian international, while Juventus have put a £55m price-tag on Alex Sandro.

With that defensive record in mind, it’s questionable as to whether spending £130m on two more defensive aces is the most logical strategy for Mourinho, but if accurate, he seemingly believes that strengthening his backline is needed.

The signing of Sandro would arguably be a sensible move given Luke Shaw failed to nail down the left-back position last season, with stalwart Ashley Young playing in an unnatural position and filling in.

To his credit, the England international did a commendable job, but in terms of being a long-term solution, the 32-year-old isn’t arguably the answer. Sandro could provide that if he did arrive at Old Trafford, playing a key role since joining Juventus in 2015 while winning three Serie A titles and three Coppa Italia trophies. 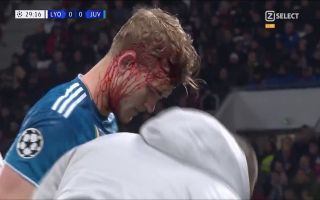