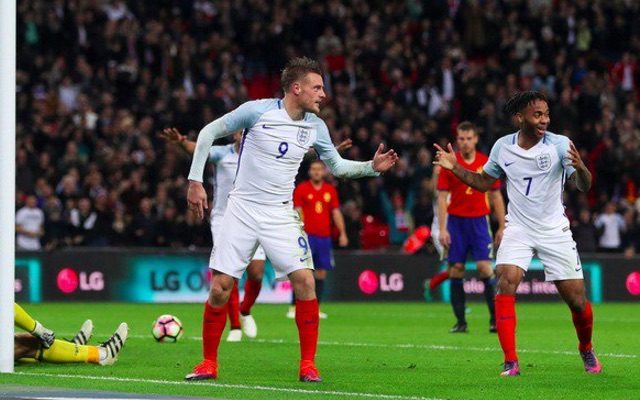 The Man Utd forward made many runs into the box before half-time and had chances to give England the lead but was profligate in front of goal.

Shortly after kick-off Lingard was denied by a great save and also saw his effort blocked and hit the post towards the end of the half.

This has led to some England fans calling for Jamie Vardy to come in his place to add some ruthlessness in front of goal.

Vardy has had a superb season for Leicester City with the striker scoring 20 times in 37 appearances.

Harry Kane gave England the lead after scoring front a rebound from a corner after a John Stones’ header.

However, Tunisia hit back from the penalty spot after Kyle Walker caught his man with his arm with referee deeming his challenge to be a foul before pointing to the penalty spot.

This is what the England fans have had to say with regards to Lingard and Vardy below.

Get Lingard off the pitch, we need Vardy!

Vardy bags every chance Lingard has had.

I’ve seen enough of Lingard’s finishing. Drop Sterling back, get Vardy on.

Vardy for Lingard please. Need someone up there who can finish #ENGTUN #WorldCup