Chelsea are reportedly ready to rival Barcelona for the transfer of £70million-rated Juventus midfielder Miralem Pjanic this summer.

The print edition of Corriere dello Sport have run the story today, following plenty of recent speculation over the Bosnian’s future at Juventus.

Tuttosport also recently linked Pjanic with Manchester City, and it’s clear he could be an excellent addition for most top sides.

Corriere dello Sport now claim Juventus could be prepared to cash in on the 28-year-old to raise funds for strengthening in other areas. 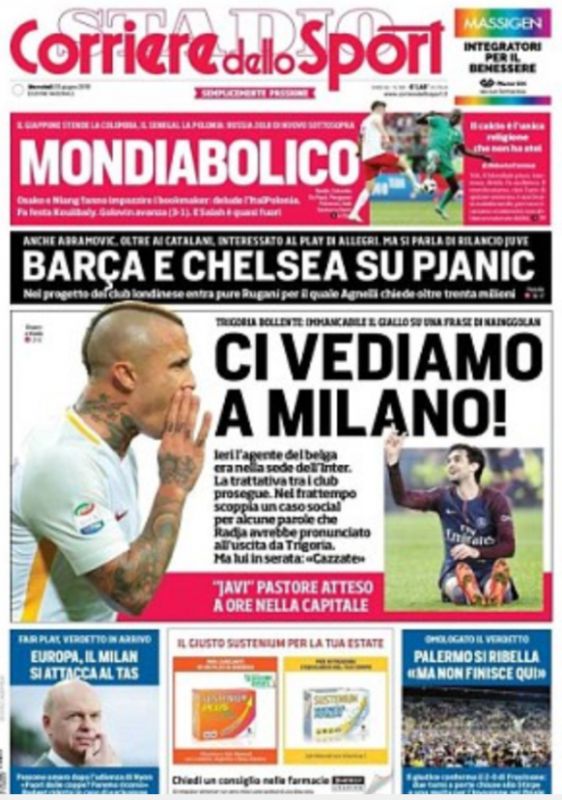 This could be good news for Chelsea as they reportedly join the running to sign Pjanic as a long-term replacement for Cesc Fabregas, who has been less of a regular starter in the last couple of seasons and who will turn 32 next season.

This is according to additional information from the Metro, and is certainly the kind of big-name purchase Chelsea fans will want to see this summer.

Having sold Nemanja Matic to Manchester United last summer, the west Londoners badly messed up replacing him as they brought in a succession of failed midfield signings in the form of Danny Drinkwater, Tiemoue Bakayoko and Ross Barkley.

Pjanic is a far more proven player at the highest level and seems ideal for Chelsea’s needs going into next season.