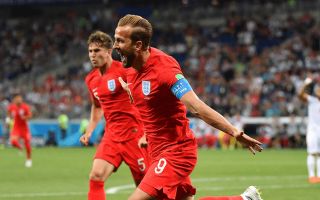 England and Belgium could finish level on points by the end of the group stage leaving the question of who would qualify top of Group G if this scenario were to occur.

Both sides face Tunisia and Panama in their next game and if they win those games and then draw against each other in their last match, they will finish level on points.

What if two teams finish level on points at the World Cup group stage?

The World Cup group takes a familiar theme to that fans are usually accustomed to seeing in the Premier League.

Like the Premier League – who finishes above who will be decided by goal difference, not their head-to-head record – as seen in La Liga.

However, if both teams goal difference is that same then the greatest number of goals scored will decide.

But, what if this is identical?

In the event that points, goal difference and goals scored are the same – the group will then be decided by the head-to-head record of both teams.

After that then the goal difference from games involving teams concerned is used, according to FIFA.

This differed to Euro 2016 two years ago when the group phase of the competition was decided by head-to-head as opposed to goal difference.

In the event head-to-head can’t decide the outcome, then FIFA’s fair play rules will be used.