Barcelona are weighing up the idea of offering Blaugrana duo Andre Gomes and Lucas Digne, plus €50M to Juventus in return for the signing of midfielder Miralem Pjanic.

Don Balon are stating that the Spanish giants are keen on bringing the Bosnian to the Camp Nou, and that the Old Lady will demand €80M for the player.

The news outlet have also reported that the Spanish champions are weighing up the idea of offering Gomes and Digne, and €50M, to the Italian champions for the sale of Pjanic. 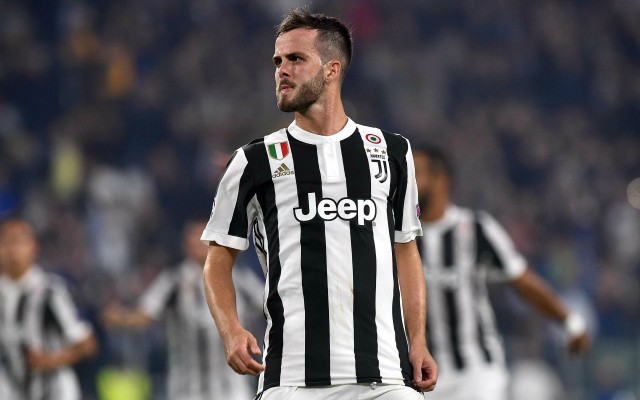 With Barca losing Iniesta to Japan this summer, it seems like the Catalan giants will have to find the right plater to replace the Spanish icon, and Pjanic looks to be that man.

The Juve star has been fantastic for the Italian side since he joined from Roma in the summer of 2016, with Pjanic playing a key part in helping the club keep up their run of consecutive Serie A titles.

The former Roma ace has bagged a total of 15 goals and 28 assists in 91 appearances for Juve, meaning that he directly contributes directly to a goal around once every two games, a great record for a midfielder.