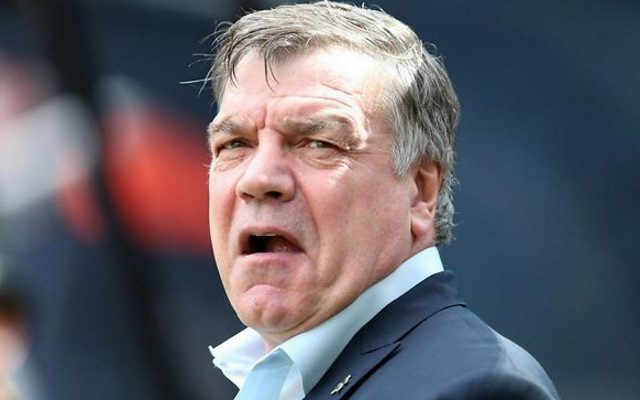 England were in sumptuous form in their second World Cup game as they dismantled Panama 6-1 to set up a showdown with Belgium on Thursday to see who will finish as Group G winners.

There is a growing sense of optimism and harmony amongst England fans in local bars, streets and on social media after the Three Lions performances at this year’s tournament, however, it appears that former England boss Sam Allardyce was over-indulging during the game by tucking into a burger in a London pub.

READ MORE: Harry Kane is ‘ready to go to a big club’ – Arsenal and Chelsea fans delighted with Cesc Fabregas’ swipe at Tottenham

Allardyce managed England for just 67 days before he left the role by mutual consent following before being axed following an undercover newspaper sting, according to The Mirror.

Allardyce’s only game in charge of England was an injury time victory over Slovakia in their first qualifying game for this year’s World Cup.

He was then replaced by Gareth Southgate as manager following the allegations and has since admitted his envy at missing out the chance to his the Three Lions out in Russia.

“Jealous is what I feel. Massively disappointed. That should be me there. Unfortunately, because of the circumstances that wasn’t the case,” he said, as reported by The Mirror.

“One night I was playing golf – next day they said you can’t carry on. And I still don’t know why… because in the cold light of day, there was no substance, nothing behind it.

“If a bit more time was taken, a bit more patience, I believe I should still be the England manager.”

Here is footage of ‘Big Sam’ tucking in…

Meanwhile, Big Sam is eating a burger on his own in a London pub. What could’ve been…#ENG #WorldCup #ENGPAN pic.twitter.com/Nhe33s0DRn