The report states the Brazilian wonderkid, still only 17 years of age, is set for a key role in Madrid’s first-team next season as Florentino Perez wants him to replace Karim Benzema.

However, it’s not yet entirely clear how the youngster will fit in at Real as the report also claims Vinicius could take on a super-sub role as Alvaro Morata did before he left last summer.

Madrid fans now won’t have to wait long to get a glimpse of their new player, who had already been signed but who cannot officially join the club until his 18th birthday on 12 July. 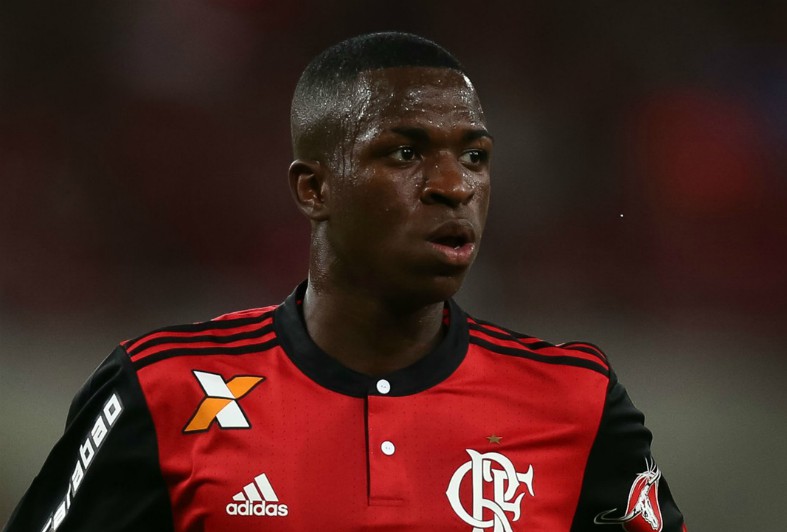 Still, Don Balon claim Real want to unveil him this weekend, in a move they hope will go on to be as successful as when Barcelona signed Neymar from Santos at a young age.

Vinicius is coming from Brazilian side Flamengo after impressing in their first-team with 14 goals in 69 games.