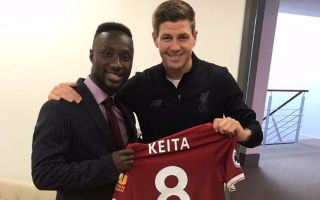 Liverpool’s new signing Naby Keita has explained how Reds legend Steven Gerrard handed him his old number 8 shirt when he joined the club.

The Guinea international has been officially unveiled by Liverpool today despite a deal being agreed to sign him last year, as per BBC Sport.

Keita shone in the Bundesliga with RB Leipzig and looks ideal for Jurgen Klopp’s side, and in fact seems to have the potential to be a similar style of midfielder to Gerrard.

One of the finest players in LFC’s history, Gerrard was a real number 8 in terms of his box-to-box style, and Keita seems set to take on a similar role at Anfield.

Liverpool looked in need of strengthening in that position last season and it’s just a shame that they couldn’t bring Keita in earlier as he could have been a big help in the club’s run in the Champions League, which ultimately saw them beaten after being outplayed in midfield by Real Madrid in the final.

Still, fans will love this Keita story about bumping into Gerrard last year and being handed his old shirt number in a classy gesture that he took really well. 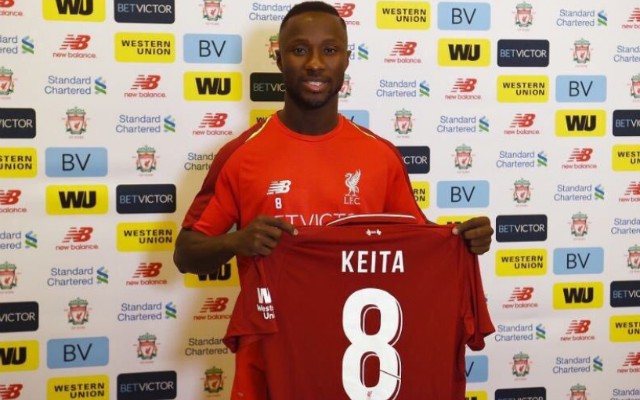 ‘It was an incredible day for me. He gave me the No.8 jersey. When it happened, it was a surprise and I didn’t expect it,’ Keita told the club’s official site.

‘When he came in, I looked and him and said, ‘wow’ because he is a legend. He is somebody who always showed respect, who gave his all on the pitch, somebody who is loved here.

‘If somebody like that gives you his shirt number, it’s not to play around with, it is to try and do as much as he did – that’s my motivation.’