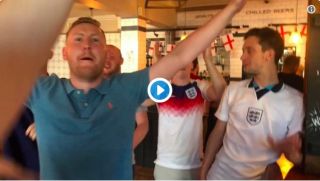 Gareth Southgate has seen his popularity as England manager soar in recent months and a group of fans have now created a new song to show their appreciation for the affable boss.

The Southgate song is a re-worked version of ‘Whole Again’, which was a smash hit for Atomic Kitten in 2000.

A video of the new song is going viral on Twitter.

However, the lyrics are slightly different, as you might imagine.

Looking back on when we first met… I cannot escape it, I cannot forget.

Southgate, you’re the one. You still turn me. You can bring it home again.