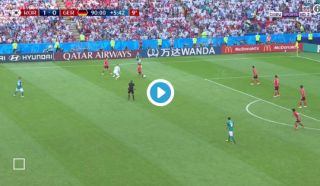 South Korea have stunned Germany with a 2-0 win to knock the World Cup holders out of the group stages, and this bizarre goal from Son Heung-min did the job.

Needing a win as Sweden beat Mexico, Germany already trailed 1-0 and threw everything forward in stoppage time in an attempt to try to turn things around.

This meant goalkeeper Manuel Neuer trying his luck in midfield, but lost the ball in his opponents’ half, allowing a long ball to find Son, who rolled into an empty net.

This really had to be seen to be believed, so here’s a clip of the goal below…

GOAL ?? GAME OVER! Son Heung-min puts the icing on the ?