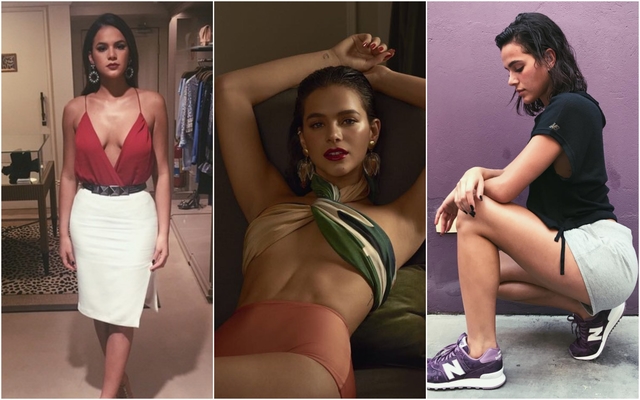 Brazil are set to face Serbia tonight for a place in the last 16 and once again they will be looking to Neymar to provide that bit of magic.

Philippe Coutinho and Neymar scored two lates goals as the Selecao won their last match 2-0 against Costa Rica and are on course to qualify.

There has been a lot of interesting surrounding his 22-year-old girlfriend Bruna Marquezine.

According to The Sun, the pair met the Paris Saint-Germain ace in 2012 and have since been dating, but who is she and what is her background?

Who is Neymar’s girlfriend Bruna Marquezine?

She is an actress and forged a career as a youngster starring in shows such Mulheres Apaixonadas (Women in Love) and America.

As per Goal, she has been successful winning awards too and won the Best Child Actress award at the Melhores do Ano, with Mulheres Apaixonadas.

She has also appeared in well known TV shows and movies such as Lost, Love Actually and 300.

Presently, she is starring in Deus Salve o Rei premiered in Brazil in January 2018.

She also has delved into modelling too.

Here are some pictures of Neymar’s girlfriend below.