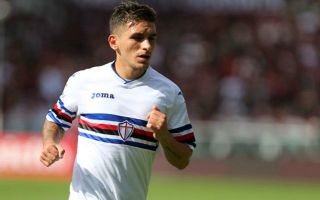 The 22-year-old is currently at the World Cup with the Uruguayan national team and put in an impressive performance in their last game against Russia.

He has shone in Serie A and looks ideal for Arsenal’s needs in the middle of the park to break up play and create quick transitions between defence and attack.

However, according to the Daily Star, the move for the midfielder has been put into doubt as they reported that Spanish journalist Kike Marin stated on social media he was unsure a deal has been completed yet.

When asked about any updates for the Torreira deal, as reported by the Daily Star, he responded on Twitter, : “I’m not sure…”

When someone replied that the deal was in fact done, Marin further cast doubt and replied: “I also believed it, but…”

Marin’s statement contradicted that of Italian journalist Fabrizio Romano who said that it was only a matter of time before the defensive midfielder would be moving to the Emirates.

He said: “Lucas Torreira will have medicals with Arsenal soon, the deal is completed. And Arsenal will finalize Sokratis Papastathopoulous deal too!”

Lucas Torreira will have medicals with Arsenal soon, the deal is completed. And Arsenal will finalize Sokratis Papastathopoulous deal too! ?#transfers#AFC

This was further backed up by The Telegraph’s Jeremy Wilson who stated that the £26m deal for Torreira is expected after World Cup.

Torreira would be a useful acquisition to Arsenal and could add some steel to their midfield next season – given they conceded 51 times last season in the Premier League and made 15 errors leading to a goal, according to the official Premier League website.