Lionel Messi has given Barcelona the green light to seal a move for Ajax and Holland midfielder Frenkie De Jong, a player the Dutch giants wants €50M for.

Don Balon are stating that the Argentine superstar, who is currently with the Argentina squad in Russia for the World Cup, has given the Spanish giants the ‘Ok’ to move for De Jong.

The news outlet are also reporting that Ajax want €50M for the starlet, and that Messi wants the club to move for other midfielders to bolster their options for next season. 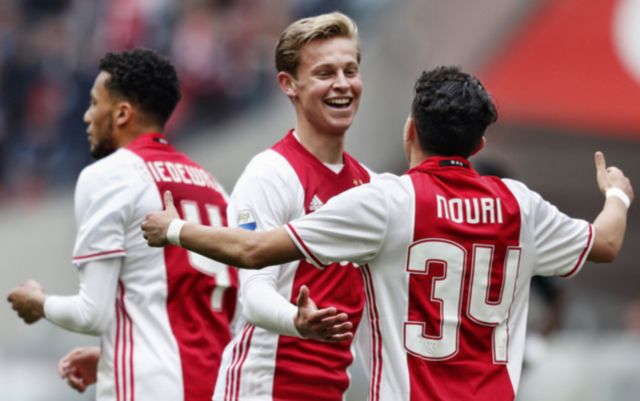 De Jong has already managed to establish himself as a first team regular for Ajax despite being just 21 years old.

The midfielder possess the ability to be calm on the ball in any situation and has a wide passing range, something that’ll see him fit into Barca’s side with ease should he sign for the Blaugrana.

With Ernesto Valverde’s side losing Andres Iniesta, it seems they will definitely have to bring into the transfer market to help fill the void that is to be left by the Spaniard, something that De Jong will definitely contribute towards should he end up moving to Catalonia this summer.