Manchester United manager Jose Mourinho is reportedly desperate for his side to ‘do everything’ to beat rivals Manchester City to the transfer of Toni Kroos.

According to Don Balon, the Real Madrid midfielder is a top target for United, in large part due to interest from City boss Pep Guardiola.

Kroos has shone for Real Madrid and Germany in recent times, scoring a stunning goal at this summer’s World Cup despite his country’s shock early exit from the group stage.

The 28-year-old could be an ideal fit at United, who could surely benefit from signing him as a long-term replacement for Michael Carrick following his retirement this summer.

Kroos is a similar deep-lying player with great vision and ability to keep play ticking along, and that style of play could also make him a great fit in Guardiola’s City side. 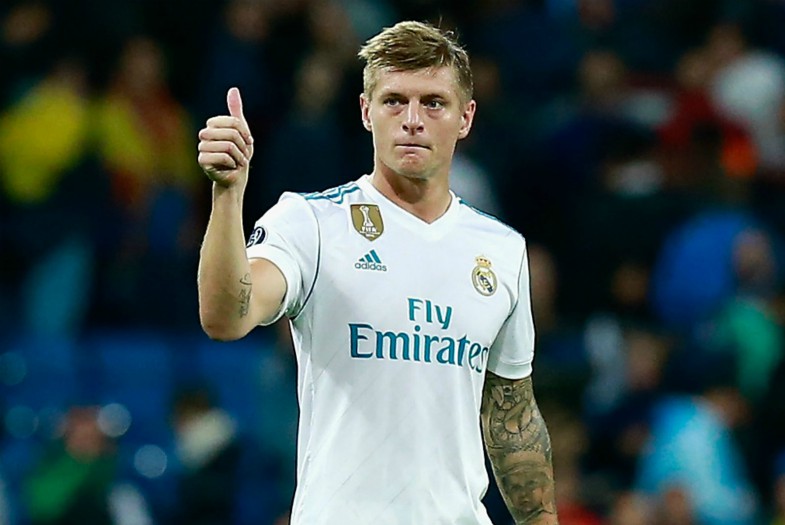 There’s no doubt the Germany international has what it takes to shine in the Premier League, but unsurprisingly Don Balon report that Madrid do not want to sell.

According to the Spanish outlet, Kroos is not for sale and any club serious about signing him would have to pay his €500million release clause.

A report earlier this year from the Daily Mirror had it as one of the top ten highest buy-out clauses in world football.