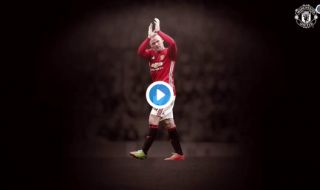 Manchester United have paid a classy video tribute to one of their finest ever players after it was announced today that he was set for the MLS.

Everton confirmed earlier this afternoon that the former England captain would be sealing a transfer to DC United after a single season back at Goodison Park.

Rooney started his career at Everton before spending 13 years on the books at Old Trafford, winning a host of major honours and becoming the club’s all-time leading scorer.

The 32-year-old may have been past his peak for some time now, but he will always be remembered as a true United great and this video below sums up so many of his finest moments with the Red Devils.

Thank you for the memories and best of luck in @MLS, @WayneRooney! pic.twitter.com/kAMgS0lUrD