Brazil met Serbia in the World Cup on Wednesday night, and it gave new Man Utd teammates Fred and Nemanja Matic a chance to catch up it seems.

As noted by Sky Sports, the Red Devils have completed the signing of the Brazilian international in a deal believed to be worth around £52m, as he will bolster Jose Mourinho’s midfield next season onwards.

He’ll be expected to feature alongside the likes of Matic and Paul Pogba on a regular basis depending on fitness and form, and so it will be crucial that the trio build a close bond and chemistry on and off the pitch.

It seems as though Matic and Fred are wasting little time in doing that, as seen in the image below, as the Serbian international made a classy gesture by gifting his jersey to Fred after the game between their two sides.

Naturally, Fred appreciated it as he captioned his image: “Thanks my bro”, with Matic now enjoying a short break before returning to pre-season training now that Serbia are out of the World Cup.

Brazil and Fred march on though, but after suffering an injury scare in training before the tournament, it remains to be seen if he gets to feature as heavily as he would like in the knockout stage after Tite’s men went through as group winners ahead of Switzerland.

For Man Utd fans though, they’ll be delighted to see the pair striking up an early friendship, and Matic will undoubtedly have a key role on the pitch too in helping Fred settle and adapt to English football and Man Utd’s style of play. 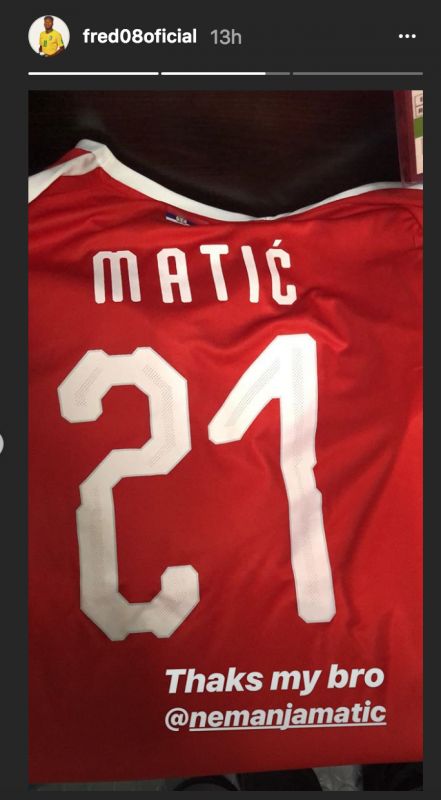