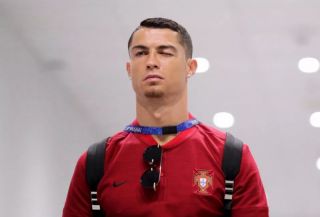 Uruguay and Portugal will contest in the World Cup 2018 last-16 for a place in the quarter-finals in what promises to be a fiesty affair.

Fernando Santos and his side were on their way to a win and claim top spot in Group B against Iran after an exquisite finish by Ricardo Quaresma.

However, controversy struck when the referee awarded Iran an injury-time penalty, which they converted – with the help of VAR.

With Iago Aspa equalising for Spain in their match against Morocco late in the game, again courtesy of VAR – the system changed the outlook of the group as Portugal finished runners-up.

Diego Godin has marshalled the defence impeccably and with Luis Suarez and Edinson Cavani in fine form, Portugal will once again be relying on their talisman, Cristiano Ronaldo.

The Portugal captain failed to take his World Cup 2018 tally to five goals after he missed a penalty against the Iranians.

Both teams navigated through the group stages without any new injuries, as per The Sun.

When is Uruguay vs Portugal and what time is kick-off?

The match will take place on Saturday, June 30.

It will take place at the Fisht Olympic Stadium.

Uruguay vs Portugal will be shown live on ITV 1 in the UK.

The game can be streamed live via the ITV Hub.