Liverpool could be able to secure a cut-price deal for Barcelona goalkeeper Jasper Cillessen, with the player himself eager to leave the club this summer.

This is according to Don Balon, who are reporting that Jurgen Klopp’s side are keen on bringing the Dutchman to Anfield, and that Cillessen himself wants to leave the club to secure more playing time.

The news outlet are also stating that the club could be willing to half the player’s €60M release clause if Cillessen truly is desperate to leave the club, meaning that the Reds may bag themselves a cut-price deal for the player if things go their way. 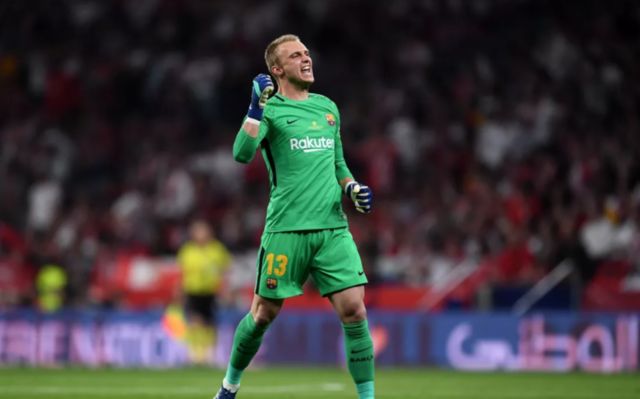 It’s easy to see why Liverpool are targeting a new ‘keeper, as the performances of Loris Karius and Simon Mignolet last season weren’t exactly world class to say the least.

Cillessen, on the other hand, produced some admirable performances for the Blaugrana when given the chance, with the Dutchman’s displays in the Copa Del Rey going a long way to helping the club secure their fourth consecutive title in the competition.

The former Ajax star kept seven clean sheets in nine appearances as Barca went on to beat Sevilla 5-0 in the final to wrap up a successful season for the club.

If Liverpool do manage to bag Cillessen on the cheap, it’s surely be a bargain that fans of the club are talking about for years to come.