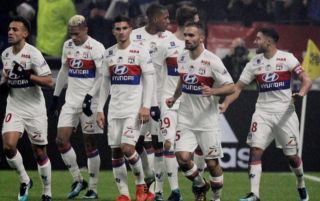 Liverpool have already wrapped up some impressive business this summer, and they’re reportedly still trying to add Lyon playmaker Nabil Fekir to the squad.

As noted by Sky Sports, the Reds have signed Fabinho in a deal worth £43m, while the Liverpool Echo note that Naby Keita has joined the club too.

In turn, after Emre Can opted to leave on a free transfer, Jurgen Klopp has addressed the potential issue in midfield and is arguably even in a stronger position now to compete on multiple fronts next season.

According to The Mirror, they are still in talks to sign Fekir from Lyon, despite the fact that a reported £53m move to Anfield broke down earlier this month due to issues with his medical.

The 24-year-old is currently on international duty with France at the World Cup in Russia, where he has been limited to a bit-part role for Didier Deschamps with his appearances coming off the bench.

However, he certainly showed his class last season with 23 goals and eight assists in 40 appearances in all competitions, while he would potentially fill an important void for Liverpool too.

Although the Reds didn’t suffer a particularly negative reaction to Philippe Coutinho’s exit in January to join Barcelona, as evidenced by their run to the Champions League final coupled with their ability to finish in the top four again in the Premier League, they are still missing a creative playmaker through the middle.

The pace, movement and goals of the front three of Sadio Mane, Mohamed Salah and Roberto Firmino proved potent enough last season, but add a player capable of stringing things together while offering a new dynamic attack too, it could prove to be a key move from Liverpool.

While the Mirror suggest talks have restarted and are ongoing, it remains to be seen if a deal for Fekir can actually be completed this time round.