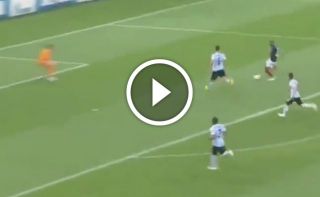 France and Argentina produced an epic World Cup clash in their last-16 encounter on Saturday, with Kylian Mbappe leading the French charge.

Antoine Griezmann broke the deadlock early on, but few would have predicted what was to follow even if Argentina’s defence has looked very vulnerable throughout the tournament.

Goals from Angel Di Maria and Gabriel Mercado turned the game on its head to give the Albiceleste the lead, but Benjamin Pavard scored a sensational strike to level things before Kylian Mbappe bagged his first as he forced his powerful effort into the back of the net.

However, his second and France’s fourth was clinical football summed up as they hit Argentina on the counter-attack using the Paris Saint-Germain forward’s searing pace, and he kept his composure to slot the ball past the goalkeeper to give Didier Deschamps and his men a commanding lead.

With a place in the quarter-finals on the line, France finally showed their attacking quality after disappointing through the group stage. Perhaps they are now growing into the tournament and have clicked into gear just at the right time.

Kylian Mbappe again!! The French are running away with it! #WorldCup pic.twitter.com/2iEEZQlQpi

This guy cannot stop scoring for his country, it’s now 6 goals in 8 games for France by Mbappe #FRAARG pic.twitter.com/pXCtOVBdCt