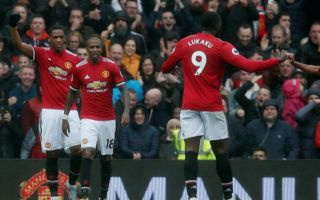 Bayern Munich are looking to raid Man United for French winger Anthony Martial, with the Bundesliga giants already having talks with the player’s agent.

The Daily Star are stating that the German outfit have held talks with the player’s agent, and that they are keen to bring the forward to the Allianz Arena.

Since his move from Monaco in the summer of 2015, Martial has failed to deliver in comparison to what United fans expected of him when he first signed.

The French international, who was left out of France’s squad for the 2018 World Cup this summer, has scored 36 goals and assisted 26 in 136 appearances, a record that some United probably won’t be best pleased with.

If Bayern Munich are serious about Martial, it’ll be interesting to see how much the Red Devils can get off the German giants for Martial, and whether they decide to dip into the transfer market to replace the promising, young forward.