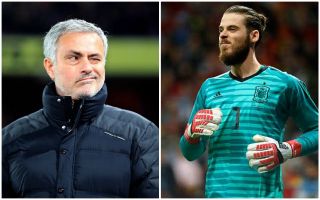 Some Manchester United fans are feeling pretty happy with life after Spain’s World Cup exit to Russia this evening.

Red Devils star David de Gea has of course been representing La Roja at this summer’s World Cup, but he’s had a pretty poor tournament overall.

The goalkeeper notably spilled a Cristiano Ronaldo effort in the 3-3 draw with Portugal at the group stages, and he failed to save a single penalty in the shoot-out loss to Russia today.

It would not be unfair to say De Gea hasn’t looked anything like his United self whilst playing for Spain this summer – something that has not gone unnoticed by a few United fans on Twitter.

Following Spain’s World Cup exit, they are now celebrating the fact that De Gea’s poor form on the big stage should put Real Madrid off making their move.

The 27-year-old notably saw a move to Real Madrid fall through in 2015, as reported by BBC Sport, and Don Balon have been among those linking him with the club again this summer.

These fans now believe De Gea may have ruined his chances, which is good news for them…

Real Madrid not pursuing De Gea based on his WC performance. ?

#ESPRUS as a Man Utd fan, seeing all the hate against De Gea makes me so happy. Means Real Madrid will finally fuck off for good

De Gea staying at United for life now.
Massive W for us.

That means de gea is staying at man utd next season ?

Never been more confident of De Gea staying at United.