Barcelona are weighing up the option of selling Brazilian midfielder Paulinho this summer, a player who played a key part in the club’s La Liga success last season.

Don Balon are stating that the Spanish giants are weighing up a €40M offer that has been made for the former Spurs star, and that the player himself is also considering departing the Camp Nou.

The news outlet are also stating that the club could move for Chelsea ace Willian if Paulinho leaves, a move that’s definitely improve the overall quality of their squad for next season. 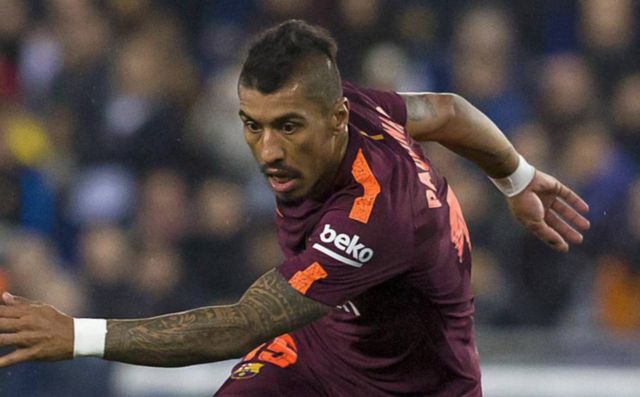 Paulinho could leave if Barcelona accept the €40M made for him

Despite fans berating the club for signing Paulinho originally, the player surprised fans with the impact and influence he had on the Blaugrana’s title winning campaign this season.

The 29-year-old scored nine and assisted three in 34 league appearances for Ernesto Valverde’s side this season, helping the club steal the La Liga title back off of rivals Real Madrid.

Although the midfielder failed to impress during his time in north London with Spurs, a lot of fans definitely rate Paulinho higher now he has had the chance to shine in a team like Barcelona’s, and if the club do accept the €40M offer for the player, it could be a very shrewd piece of business indeed.