Brazil secured their place in the quarter-finals of the 2018 World Cup with a 2-0 win over Mexico through goals from Neymar and Roberto Firmino.

It didn’t look particularly reassuring for Brazil in the early stages as Mexico looked a real threat with their pace and high intensity in attack.

However, the Selecao began to settle as the first half went on and created their own chances to suggest that they were finding their feet and warming to the game.

Nevertheless, both full-backs Fagner and Filipe Luis score poorly as they struggled with the pace and movement of Carlos Vela and Hirving Lozano respectively, although in contrast, the central pairing of Thiago Silva and Miranda stood tall and put in solid performances.

However, the Man of the Match award has to go to Neymar after he was instrumental in both goals, getting on the scoresheet himself for the first before forcing the opening which led to Firmino making the win safe. 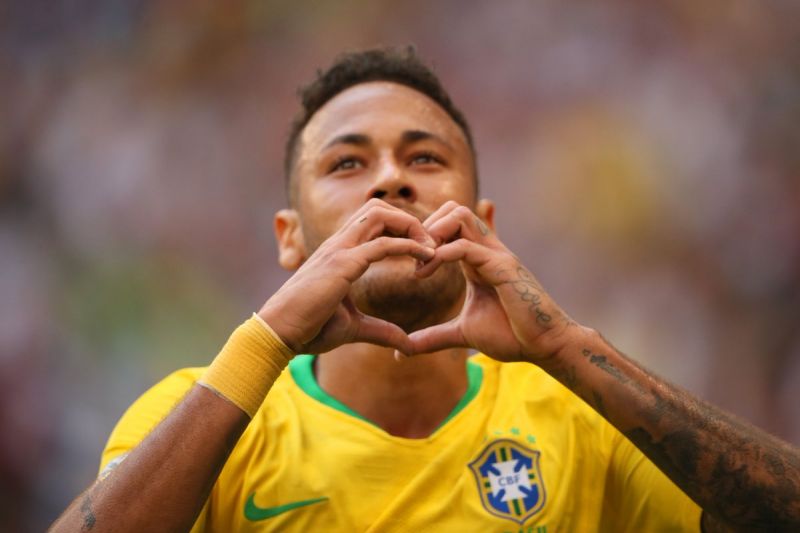 The Liverpool man is arguably making a strong case to be promoted to the starting line-up as he continues to impress off the bench by making a positive impact, while Gabriel Jesus is still searching for his first goal of the tournament as he his tireless efforts have yet to be rewarded.

Chelsea winger Willian also deserves a mention as he was key with an assist for the opener, as although he frustrated for the most part, that quality piece of individual play was crucial.

After being key in their run so far, Barcelona’s Philippe Coutinho was a little disappointing as he couldn’t make Brazil tick, while Casemiro wasn’t as influential as he has been either.

As for Mexico, goalkeeper Guillermo Ochoa deserves credit as he pulled off countless important saves to keep Brazil at bay, but it wasn’t enough to help his side claim an upset.

Hirving Lozano was arguably the best of the bunch in terms of outfield players, but despite their intensity and high-tempo, Mexico fall short yet again at the last-16 stage in the World Cup.