Juventus are reportedly laying the foundations for the hugely ambitious transfer of Real Madrid superstar Cristiano Ronaldo, who has also been linked with Manchester United.

The Portugal international’s Real Madrid future seems to be in some doubt this summer and it could be that Juventus will be his somewhat surprising next destination.

Tuttosport report of interest from Juve, who have just been negotiating a deal for Joao Cancelo with Ronaldo’s agent Jorge Mendes.

This follows a recent claim by Don Balon that Ronaldo was set for talks with Real Madrid president Florentino Perez over his future, with his old club Manchester United listed as among his admirers. 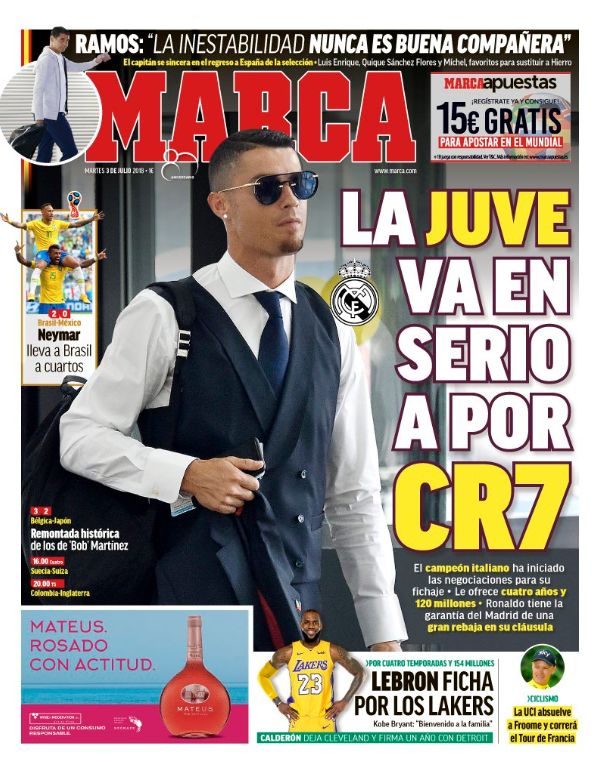 While it would no doubt be romantic to see the 33-year-old step out at Old Trafford again before the end of his career, it looks increasingly unlikely if reports of Juventus joining the running are accurate.

Ronaldo may well see the Turin giants as a better team to be moving to at the moment, with the club really on the up under Massimiliano Allegri after dominating Serie A in recent times and reaching two Champions League finals under his management.

The signing of a genuine superstar like Ronaldo could be the perfect finishing touch on the side as they look to go that small step further and conquer Europe, with the former Red Devils star winning the trophy no less than five times in his career.

United also have big names like Alexis Sanchez and Romelu Lukaku up front, so may not be too keen on paying the kind of money that would likely be needed for an ageing Ronaldo.