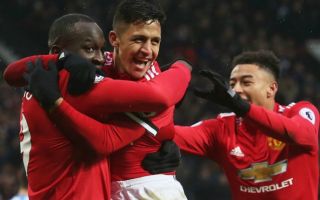 Manchester United have reportedly set an asking price of €150million for Romelu Lukaku amid transfer rumours linking the striker with Real Madrid.

The Belgium international is said to be Florentino Perez’s preferred target to replace Karim Benzema up front, but United are not keen on a sale, according to Don Balon.

Lukaku has been one of the best strikers in the Premier League in recent times, even if he was slightly inconsistent in his first season at Old Trafford.

The 25-year-old still managed a highly respectable 27 goals in all competitions for United, and should only improve as he settles in to the team and they improve in other areas.

It seems likely a player like Lukaku would relish playing in an attack like Real Madrid’s, supported by more creative players than he’s been at United.

Still, it remains to be seen if Real stand much of a chance of signing him as United look determined to keep him and ask for a big sum of money at €150m for clubs to prise him away.