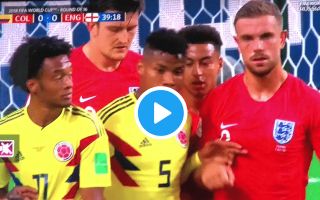 It was all square at the break between Colombia and England but the first half didn’t pass without incident as Wilmar Barrios was involved in a contentious moment.

England undoubtedly started the brighter of the two sides as they looked a real threat going forward as Colombia appeared very nervy at the back.

However, as they settled into the game, Jose Pekerman’s men looked a little more comfortable but it was England who certainly looked more likely to score.

Gareth Southgate will feel as though his side should have had a man advantage heading into the second half though, as Barrios only received a booking as he appeared to headbutt Liverpool midfielder Jordan Henderson who then fell to the ground in theatrical fashion, as seen in the video below.

Nevertheless, as the replays showed, it was a pretty cynical move from Barrios, and he can undoubtedly count himself lucky that the punishment was stronger.

With Colombia failing to pose much of a threat as Falcao looked isolated in the opening 45 minutes with the absence of James Rodriguez apparent, England will be frustrated that they weren’t able to take their opportunity in the first half as the better side.

How is this not a red for Barrios? #COL #ENG pic.twitter.com/2KVthA3iQ8

A yellow card to Barrios when should be red for head butting @JHenderson still 0-0 at 40mins pic.twitter.com/hRQ1wI55Mv 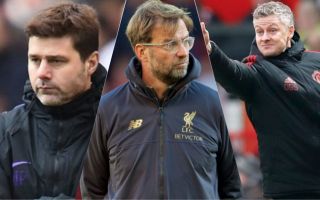