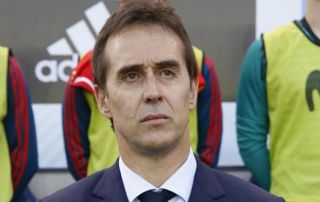 Julen Lopetegui will undoubtedly be desperate to make a positive start at Real Madrid, and he could be handed a boost with the signing of Alvaro Odriozola.

Los Blancos saw Zinedine Zidane leave the club at the end of last season, despite leading them to a trophy laden spell under his stewardship which included an historic three consecutive Champions League triumphs.

In turn, the pressure is on Lopetegui to deliver and sustain that level of success, and he could be given an important reinforcement as Mundo Deportivo claim that Real Madrid are set to sign Alvaro Odriozola in a  deal worth €35m in total.

The 22-year-old right-back could be a vital addition to the squad to add competition and cover for Dani Carvajal, with Madrid currently forced into playing Nacho Fernandez when their first choice is out of action.

The Spaniard has proven to be a versatile option despite being a centre-half by trade, but playing in an unnatural role has its drawbacks and so Lopetegui will surely be keen to have a quality alternative at his disposal ready to step in when necessary.

Odriozola is coming off the back of an impressive season with Real Sociedad, making 41 appearances in all competitions before being selected for Spain’s World Cup squad.

In turn, it’s no surprise that he has reportedly attracted the attention of Madrid, and now it’s suggested that Lopetegui could be set to see his backline bolstered, as per the report, as he hopes to ensure that the Spanish giants continue to compete for major honours at home and in Europe. 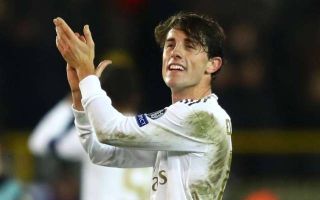