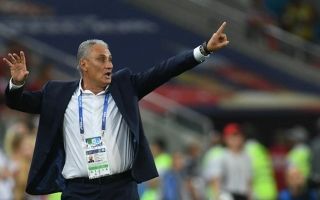 Brazil have yet to hit top form at the 2018 World Cup, but coach Tite will have a headache on his hands if they continue their run in Russia this summer.

The Selecao take on Belgium in their quarter-final clash on Friday night, hoping to take a step closer to securing a sixth World Cup triumph.

However, after seeing Dani Alves ruled out of the tournament before it began due to injury, Tite has also had to cope with the absence of Danilo after he featured in their opening game against Switzerland.

According to Sky Sports though, the Manchester City ace’s World Cup is over as after damaging ankle ligaments in training, he will not be able to play again in Russia and that presents a real problem for Brazil.

Corinthians ace Fagner has stepped in as third-choice at right-back, and although he has done a decent job, particularly in the win over Mexico last time out, it was evident that they were targeting him as he can be vulnerable defensively.

Particularly if he doesn’t get support from Willian tracking back or Casemiro coming across to offer protection, it is a potential weak point that can be exploited by the opposition, and so it remains to be seen whether or not Belgium can take advantage with Fagner potentially having to deal with Eden Hazard.

Miranda and Thiago Silva have been two pillars in the heart of the defence, but if there is a way of hurting Brazil, it would appear that attacking down the wings is a good bet and it remains to be seen how many more games Fagner gets this summer to prove that he’s more than capable of stepping up to the challenge.