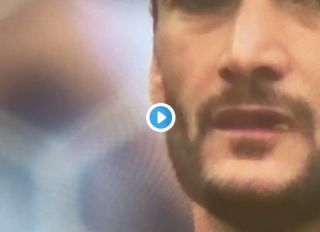 Tottenham and France goalkeeper Hugo Lloris got a nasty surprise ahead of today’s World Cup clash with Uruguay.

The Spurs shot-stopper found himself with a big bug crawling along his mouth before kick off, but luckily he managed to spit it away before it really did some damage.

This is a pretty funny watch, let’s be honest, as Lloris gets some unwanted preparation for today’s crucial World Cup quarter-final encounter.

Let’s hope Lloris proves a bit quicker to keep shots away from his net than he was to stop this massive insect escaping into a very delicate area!