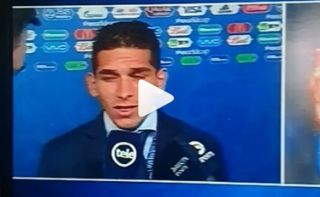 The Uruguay international should now be available to get his medical done and finalise a deal after his country were knocked out of the World Cup by France earlier today.

Arsenal hope to complete Lucas Torreira deal next week. Agreed with Sampdoria & 22yo. Medical + signing imminent – depends if he flies straight from #WorldCup to London or via #URU Finishes 1st team recruitment but a younger player for future also likely before window shuts #AFC pic.twitter.com/LHkXid7Rda

Torreira has shone in Serie A and looks ideal for Arsenal’s needs in the middle of the park, with David Ornstein reporting that things could be wrapped up within a week.

This video in Spanish, appearing on a Torreira fan account on Instagram, has been translated as the player confirming he’s on his way to Arsenal.

Lucas Torreira has confirmed he is set to join #AFC soon (video can be seen on IG: LucasTorreira_) pic.twitter.com/zUNxMhPODf