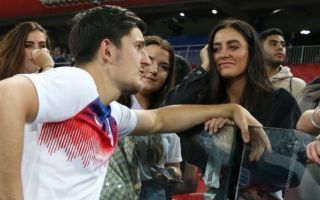 England reached the semi-final of the World Cup 2018 for the first time in 28 years after they defeated Sweden 2-0.

The Three Lions reached their third semi-final after the World Cups in 1966 and 1990 with goals from Dele Alli and Harry Maguire.

Gareth Southgate’s men will now face Croatia or hosts Russia, however, had it not been for Maguire’s towering header and commanding performance from the back, it could have been a different outcome.

Ashley Young’s corner was attacked by Maguire with aggression and purpose and he beat his man to find the back of the net.

The second half saw England control the tempo of the game and their confidence grew after an understandably nervy opening 30 minutes.

Jesse Lingard then produced a magnificent cross to the back post and Dele Alli headed home and make the game 2-0.

Sweden pressed for goals after, however, Jordan Pickford was quite magnificent and produced a couple of fantastic saves to keep the Three Lions in front.

He was helped by his backline too, as Walker, Stones and the impressive Maguire held on resolutely.

World Cup fever in full flow. Harry Maguire is the next Bobby Moore

When do we talk about Harry Maguire being the next Bobby Moore?

harry maguire’s better than bobby moore. pass it on