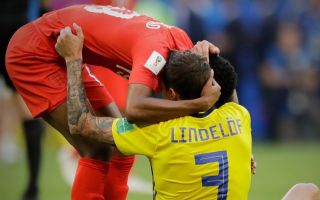 A fair few Manchester United fans noticed a touching moment at the end of England’s World Cup quarter-final win over Sweden this evening.

The Three Lions won 2-0 thanks to goals from Harry Maguire and Dele Alli, booking their place in their first World Cup semi-final since 1990.

United players such as Jesse Lingard, Marcus Rashford and Phil Jones are in the England squad, but there was also Victor Lindelof in defence for the Swedes.

Pictures are now emerging online of Rashford going over to console his club team-mate straight after the game, showing a real touch of class to think of his colleague after such a big result.

Unsurprisingly, many Red Devils fans absolutely loved this touching moment of United solidarity from Rashford, while some pictures also showed Jones going over to Lindelof.

Great to see this. Rashford and Jones consoling Lindelof at the final whistle. Commiserations @vlindelof ? pic.twitter.com/Q1pij7xbdB

Rashford going straight to lindelof to give him a hug ??