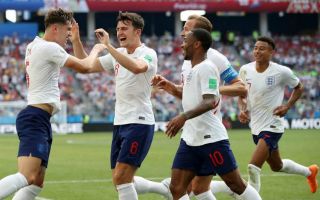 England face Sweden today in the World Cup 2018 quarter-finals and could potentially face a semi-final appearance for the first time since 1990.

There was plenty of tension during the Three Lions’ last game as they beat Colombia 4-3 on penalties and created history to win their first ever shootout at a World Cup.

Harry Kane scored in normal time to take his tally to six goals in the race for the World Cup Golden Boot, however, England conceded a stoppage time goal to take the game into extra-time, before a dramatic penalty shootout after.

This is England’s ninth World Cup quarter-final, and the last one came in 2006 when they were defeated by Portugal.

According to The Sun, Jamie Vardy (groin) is a doubt and was cited as a reason why he could not take a penalty in the shootout.

Dele Alli has struggled throughout the tournament with a niggling thigh problem, however, as per The Evening Standard, the Football Association said that all of the squad – bar Vardy – was fit enough to train.

The Swedes will represent a tough test for England and Kane and co will have to be find a way to break through their tight defensive structure.

Sweden will be relying on their RB Leipzig star Emil Forsberg who scored in their last game against Switzerland.

Meanwhile, Sebastian Larsson is back from suspension.

What time is England vs Sweden today?

The game will be held on Saturday, July 7 and kick-off will be at 3pm at the Rostov Arena.

This fixture will be played at the Samara Arena.